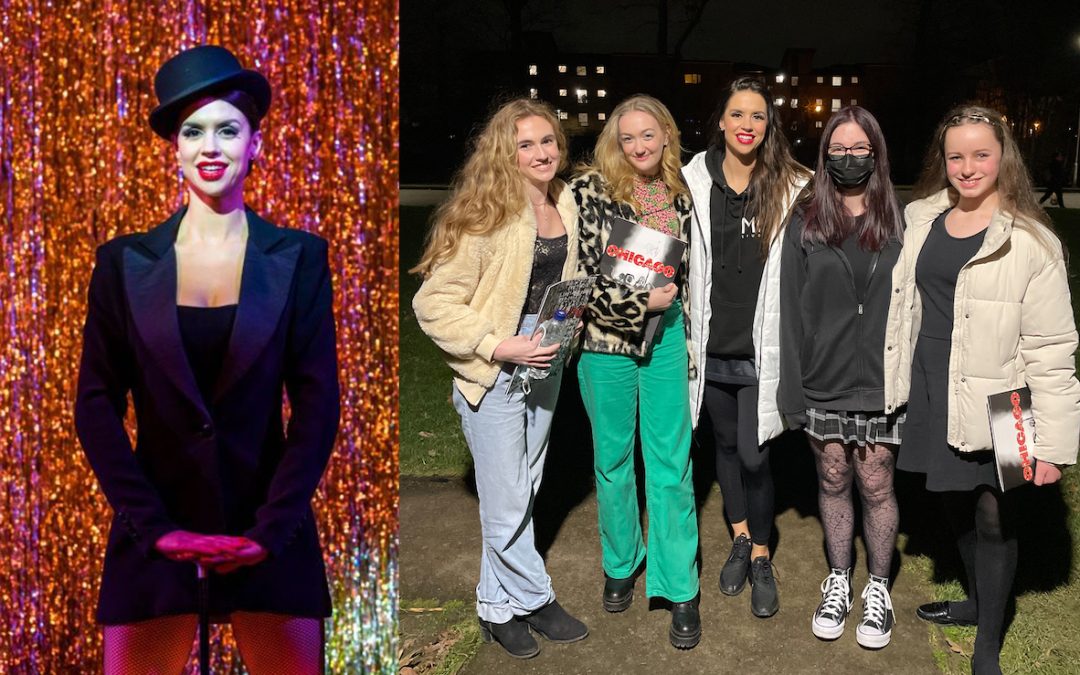 GAPA girls Issy, Emily, Eve and Nellie were thrilled to meet West End star Djalenga Scott after her brilliant performance as ‘Velma’ in ‘Chicago’ last night at the Hawth. The show is currently on its 2022 tour and GAPA Principal Suzanne Gielgud was delighted to introduce Djalenga to the GAPA girls, post-show. In 2008, Djalenga appeared in a short film ‘The Dream’ which was written and directed by Suzanne to showcase Djalenga’s talents as an actor and singer.