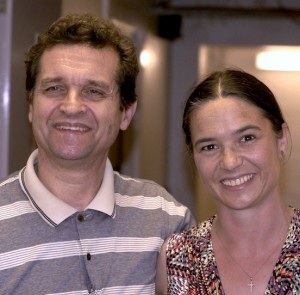 Peter Schaufuss is an internationally renowned former principal star dancer, director and award winning choreographer. He trained at the Royal Danish Ballet School from age 7 years  and he graduated into the Royal Danish Ballet. Schaufuss has established himself as an international guest principal dancer with companies including the Kirov Ballet, the Paris Opera Ballet and the Royal Ballet and London Festival Ballet (now ENB). He also worked with the New York City Ballet and George Balanchine, who created two ballets for him.

Schaufuss has worked as a Dancer, Director and Choreographer in a number of television programmes, and in 1984 the BBC made and screened a 4-part television series about him called Dancer : Peter Schaufuss. He has won a number of international awards in recognition of his contribution to the international ballet scene including an Olivier and an Evening Standard Awards.

Peter has been Artistic Director of the London Festival Ballet (which he renamed English National Ballet and where he founded the English National Ballet School) the Berlin Ballet at Deutsche Oper Berlin and the Royal Danish Ballet in Copenhagen. In 1997 Schaufuss established the Peter Schaufuss Ballet, based in Denmark – the first independent, international touring Ballet Company in Denmark. The Tchaikovsky Trilogy (Swan Lake, Sleeping Beauty & The Nutcracker) were the company’s opening pieces and have toured extensively worldwide to great public and critical acclaim and winning awards.  He has created over 17 new ballets  to modern music including the Beatles, the Rolling Stones and Elvis. Other ballets include Hamlet and Diana, based on the life of the Princess.

Photographed backstage at the London Coliseum with Suzanne Gielgud.