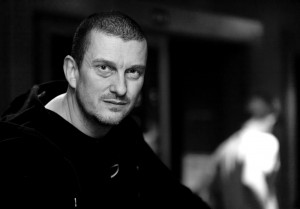 Piers Gielgud has had a successful career as a professional dancer and now enjoys a career as a choreographer – specialising in films – and as a theatrical agent running Gielgud Management.

Piers was educated at Christ’s Hospital, Sussex and then initially trained as an actor at Bretton Hall College, before training as a dancer at the Ballet Rambert School, where he graduated as a prolific choreographer.

Piers formed his own small modern ballet company Re.Animator in 1992, which toured the UK every year from 1992 until 2000 and was well received at the Edinburgh Festival. The company’s farewell performance was a Gala memorial tribute to Piers Great Uncle –  Sir John Gielgud, at the Wimbledon Theatre featuring stars of the Royal Ballet.

Piers has also enjoyed considerable success as a freelance choreographer. His credits include Alexander for Oliver Stone, Being Julia with Annette Benning , Nina’s Heavenly Delights with Art Malik and Stardust with Robert de Niro and Claire Danes. He has choreographed music videos and performances for George Michael, Pet Shop Boys and Lily Allen and advertising campaigns for BMW and Remy Martin as well as fashion editorials.

In addition to all of this, Piers taught A-level Dance and Drama at Christ’s Hospital, and BTEC Dance at Southwark College. He successfully devised and ran Employment Service training programmes for professional dancers from 1992 – 2002 through his charity The Gielgud Foundation. This included curating the annual Play at Home season at the Wimbledon Studio Theatre, where new choreographers were able to showcase their work.

Photograph of Piers on set of the feature film Argon Green