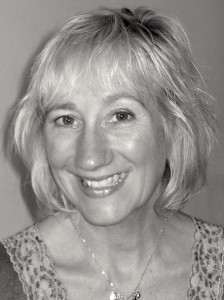 Suzie trained at Elmhurst Ballet School and The Arts Educational Drama School and worked professionally as a dancer, actress and choreographer for 12 years. She was one of the founder members of The Actors Touring Company and performed in many theatres and tours up and down the country in plays and musicals. She was also choreographer for many productions, pantomimes and children’s shows. Television credits include sit-coms and series – The Bill, Miss Marple, As Time Goes By, The Brian Conley Series, plus over 60 television and film commercials for the U.K. and rest of the world.

Suzie holds the L.G.S.M. teaching diploma from The Guildhall School of Music and Drama and For the past 16 years she has worked as a Drama teacher, director and choreographer in schools, colleges, theatres and arts centres with children and adults of all ages and abilities. Schools, venues and productions include The Lady Eleanor Holles, The City of London School for Girls – ‘Carrmen’, ‘Cabaret’, ‘Carousel’, ‘The Miracle’ ( Performed at The Lyric Theatre Hammersmith – NT Shell Connections runner up) ‘Twelfth Night’ and ‘Dido and Aeneas’.  Grant assisted projects for teenagers at The Riverhouse Barn, in Walton on Thames, workshops in voice production, performance skills and presentation techniques at The Orange Tree Theatre and Sussex University.

As a new resident in West Sussex Suzie has been running Drama Clubs in local Schools and coaching private students for Trinity Drama exams. She is delighted to join the team at GAPA.